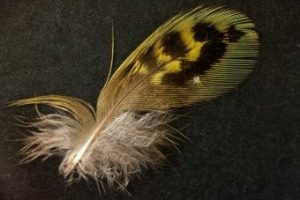 A feather found in a finch nest is all the proof scientists need to prove the elusive night parrot exists around Lake Eyre in South Australia — an area where the ground-dwelling bird has not been seen in 170 years.

The parrot is nocturnal and extremely elusive, meaning researchers across Australia struggle to map its whereabouts.

Some of the first night parrot specimens were taken from northern South Australia in 1845, but since then there has been no hard proof the bird still lived there.

However in July this year, ecologists John Young and Keith Bellchambers from the Australian Wildlife Conservancy (AWC), found a feather from the parrot on Kalamurina Station, around northern Lake Eyre.

“The significance of what we just found is way beyond what I could have imagined,” Mr Young said.

“When I did come across the feather it was a mind-blowing experience, I started shaking uncontrollably.”

The AWC sent the feather to the Western Australian Museum for confirmation it was that of a night parrot. 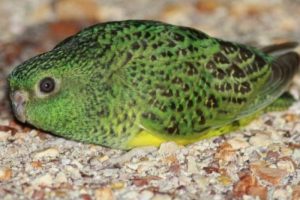 In recent years the night parrot has been confirmed living in Queensland and Western Australia, and spotted north of Alice Springs in the Northern Territory.

However, researchers did not initially think to search the area around Lake Eyre, because the night parrot’s best known habitat, spinifex, doesn’t grow there.

A camera trap on the property, which is owned by AWC, first captured a faint and pixelated photo of the bird at night in 2016. 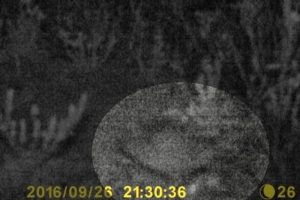 “Even though it was blurred and in a really odd pixelated state, and taken at 9:30 at night, its shape and posture just leapt out at me, and I knew what it was,” Mr Young said.

Mr Young then remembered historical reports of the bird living in samphire, a native succulent, which he knew did grow in the area.

He returned to an area with a helicopter, scouring more than 600 kilometres of area from the air for eight hours, looking for suitable examples of samphire habitat. 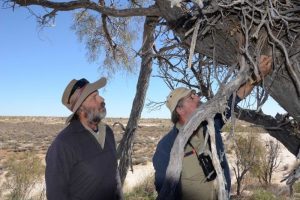 When he landed, he began checking for nests belonging to wedge-tailed eagles, which is where zebra finch often make their nests, and they often use feathers to do it.

“I could have landed anywhere in that place, we could have looked in 10,000 places and it would have never have happened, I have no idea how it bloody happened.” 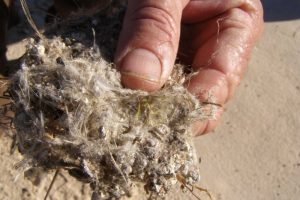 Atticus Fleming, AWC’s chief executive, said the location of the find was significant.

“The key thing we have learnt is that the bird is not just in spinifex but in the samphire habitat, and what this means is its range is a lot further then we previously thought,” he said.

“It’s a hugely significant discovery; here is a bird that hasn’t been seen in South Australia for 100 years, and we have rediscovered it there in an iconic location,” he said.

“The more we learn about this bird, the easier it is to identify where it is hiding, and when we know that we are in a better position to protect this rare bird.”

Discovery gives hope for the future

The discovery that the bird resides in samphire has also given researchers renewed hope that night parrot populations will not be at risk of fire.

“Samphire is not affected by fire, so we have a population of parrots that doesn’t face one of its biggest threats, which is fire,” Mr Fleming said.

“So we need to continue to protect that habitat from feral herbivores, and also get better at removing feral cats, which is still another challenge.” 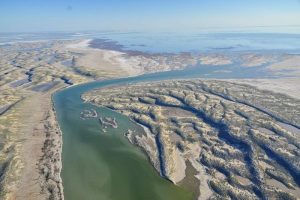 Gregory Andrews, Australia’s Threatened Species Commissioner, said the discovery would excite bird enthusiasts, but cautioned them against visiting the area to see for themselves.

“Australians love their wildlife and bird watchers from time to time can have a reputation for being quirky and interested to find birds, but AWC will do its best to protect this population,” he said.

Given detections of the night parrot are becoming more common, and new habitats are being discovered, Mr Andrews cautioned against an illegal bird trade emerging.

“Australia has some of the strictest illegal wildlife trade laws in the world,” he said.

“I can assure you that the Federal Environment Minister, Josh Frydenburg, and myself will be ensuring that anybody who does anything unlawful or inhibits this bird will face the full strength of the law.”