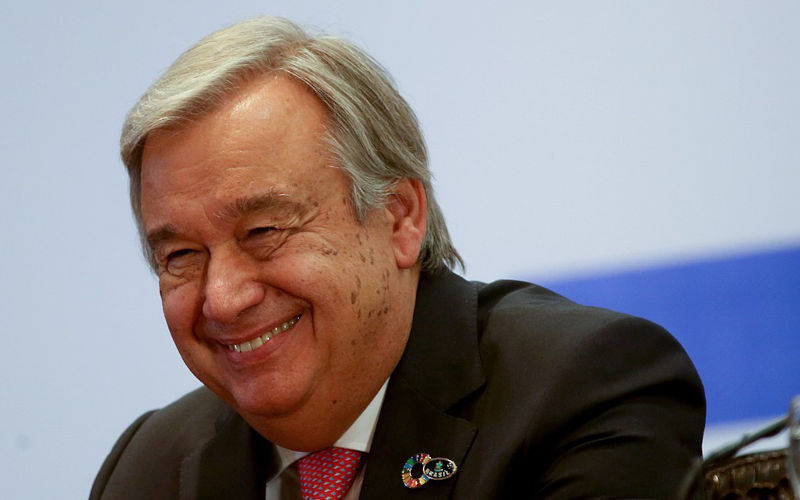 I’d like to think we were making progress with these stories of breeding success for Tasmanian devils and the release of Andean condors but I can’t ignore the reality that a fossil fuel chief will chair COP28. How can this be?
From: Maelor Himbury <maelor@melbpc.org.au&gt;
Date: 22 January 2023 at 8:17:46 am AEDT
To: undisclosed-recipients:;
Subject: Daily Links Jan 22

We are at war, with no strategy adequate to the challenge

Unlike the Ukraine war, the war I am referring to is not a military war; it’s our battle for planetary health, and we have no strategy adequate to the challenge.

After the flood: what an El Niño might mean for Australia’s ecosystems

Snail rail: why are trams in Australian cities running slower than they were 100 years ago?

Sydney’s light rail network is among the slowest in the country, new analysis shows, and tram lines around the country share similar problems. Can anything be done to speed them up?

How drones are helping keep the lights on

At the end of a twisting, tree-lined road north of Brisbane is a hidden clearing where one of the country’s most advanced drones is taking off.

Inside the race to make recycling solar panels more profitable

Used solar panels cannot go into landfill, but recycling them is difficult and the profit margins are slim. Now, researchers say they have found an easy way to refine a substance from the panels that is worth more than $60,000 per kilogram.

The federal government says its intervention in the energy market is already yielding results, with wholesale prices falling last month.

Country living is about community – so why are we building inhospitable estates?

It’s time to stop talking and do something about 1.7 billion native animals killed by cats each year.

Health authorities warn there is a “very high” risk of human cases of Murray Valley encephalitis in coming weeks, as detections rise in the northern Victorian city of Mildura.

Melbourne’s e-scooter trial is nearing an end. Here’s what the data shows us

As a trial draws to a close, it looks like Melbourne and Ballarat’s e-scooters could be here to stay. Here’s what the data shows us about our uptake of the at-times controversial vehicle.

Tasmanian devil joeys born last year in a mainland breeding program have been captured and “audited”, with researchers saying they appear healthy and happy.

Is it time to turn western Sydney into a city of fountains? It might help beat the heat

A combination of water technologies and cool building materials are more effective at tackling urban heat than greenery, a study has found

Queanbeyan, Googong and Tralee will receive the lion’s share of 90 new additional weekly bus services from Monday, January 23 in response to the demand for better public transport connectivity between the NSW border town and the ACT.

Environmental groups are planning fresh legal action against the New Acland Coal mine, arguing a permit obtained by the mine is “a licence to take or interfere with water”.

Protesters plan to ‘stop’ the Tour Down Under

Extinction Rebellion “rebels” have glued themselves to, and thrown paint over a building, as they reveal plans to stop the Tour Down Under.

Symphy is replacing her garden with native plants. Here’s how she’s doing it

Symphy Huggins has always loved the outdoors, but it’s only been in the past five years she’s turned her hand to gardening — and she has found native plants are great at replacing the traditional English garden styles.

‘Roadkill capital of the world’: Plea for drivers to slow down [$]

Baby wombat Noel was rescued from the side of the road after his mum was killed and he was left injured by a driver on Christmas Eve.

A Launceston metal recycling firm is under EPA orders after its waste material combusted, sending plumes of smoke across the city and leading to the contamination of 140,000 litres of water.

Fisheries officials have already tagged a terrifying number of great white sharks in the first three weeks of this year — twice as many as in all of 2022 — it’s been revealed.

Decades after the devastating 1990s wars that accompanied the break-up of Yugoslavia, the Balkans lag behind the rest of Europe, both economically and with regard to environmental protection.

We need to learn to live with less steel

Steel is one of the most important materials in the world, integral to the cars we drive, the buildings we inhabit, and the infrastructure that allows us to travel from place to place. Steel is also responsible for 7% of global greenhouse gas emissions.

There are often too few flowering plants in agricultural landscapes, which is one reason for the decline of pollinating insects. Researchers ave now investigated how a mixture of crops of faba beans (broad beans) and wheat affects the number of pollinating insects. They found that areas of mixed crops compared with areas of single crops are visited equally often by foraging bees.

A team of five young researchers from four European universities have together developed a free, fun and factual boardgame to demonstrate the role of soil systems in overcoming challenges of the future in a sustainable manner.

There are somewhere between 20 and 74,963 forms of ice because water can do all kinds of weird stuff when it freezes.

Tell it like it is, António: ‘climate disaster, death sentence, insanity, inconsistent with human survival’.

For isolated communities at the top of the world, keeping polar bears out of town is key to coexistence.

A new study of red sea urchins, a commercially valuable species, investigated how different populations respond to changes in their environments.

Intact forests are important climate regulators and harbors of biodiversity, but they are rapidly disappearing. Agriculture is commonly considered to be the major culprit behind forest loss, but the authors of a new article show that agriculture isn’t solely to blame.

A scientific team has now demonstrated that wind turbines in forests impair endangered bat species: Common noctules (Nyctalus noctula), a species with a high risk of colliding with rotor blades, are attracted to forest wind turbines if these are located near their roosts.

Chile prepares threatened condor chicks for release into the wild

Conservationists hope to free two chicks born in captivity as part of a project to boost Chile’s ailing population of Andean condors.

Just one degree can change a species

Even seemingly small changes in the climate can change the number of animals and plants in an area and how species behave, new research shows. Natural history collections provide valuable insight.

City parks and gardens support a rich and diverse community of soil organisms including bacteria, fungi, protists and invertebrates, which often go unnoticed compared with eye-catching plants and animals.