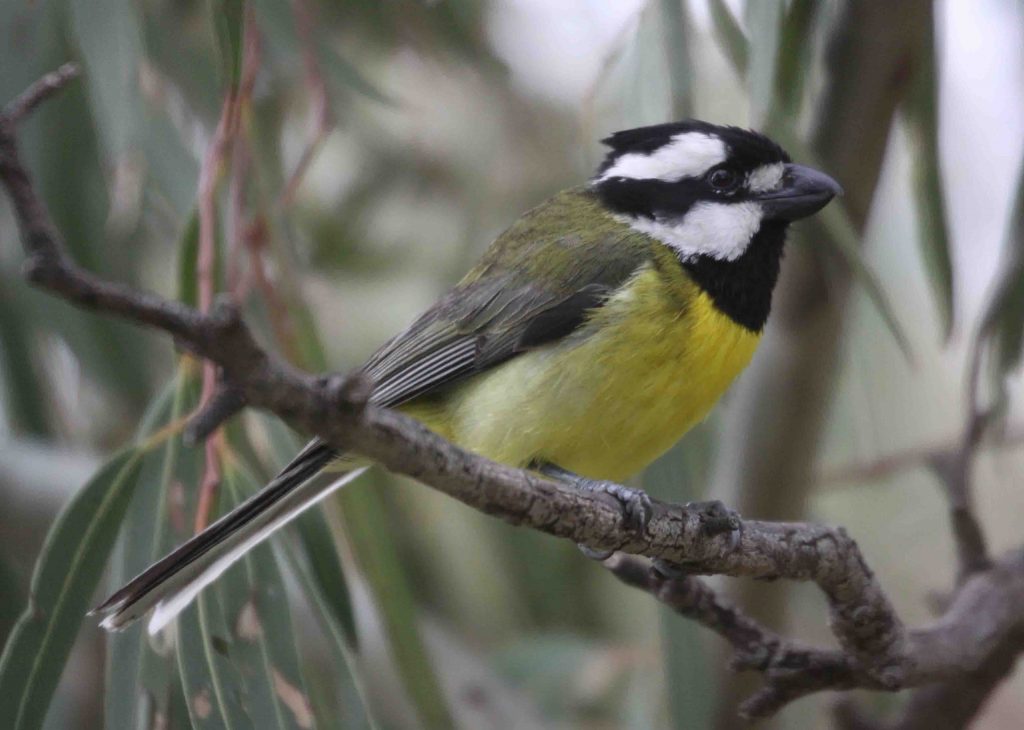 Thank you for coming on board in supporting the Common Loudmouths in the 8 hour Twitchathon this year. Unfortunately, we chose the wrong weekend to compete. It was Sunday October 31, Halloween (that foreign import, along with the ill fated Crispy Cream – I refuse their mis-spelling) and the birthday of one of our number. We were committed to this day, even before the weekend weather alerts were issued and the forecasters were talking of a month’s rain in a day.

We left Melbourne at 5.30 am and travelled through driving rain to the back of Bendigo to our favourite Woodswallow paddock. Well, it has earned that name in years past with mixed flocks of wheeling woodswallows overhead. This year it was Pauperate paddock with barely a bird to be seen. There were some babblers and an Eastern shrike-tit nearby but not much else so we drove through the puddles and the slosh to some Box Ironbark Forest that has always yielded good birds. It too was sodden but it was also reliable for we saw a Square tailed kite, a Southern scrub robin and some good honeyeaters. Behind the incessant wiper blades we headed down to Creswick to our wet forest that was so wet that we needed snorkels before we needed our binoculars. The bridge that gives access to the trail along the creek was washed out so our bird-spotting was cut short with only modest additions to the total.

Our final destination was the Werribee pooh-farm where the international migrants spend summer. Stints, stilts and sandpipers were there, though not in profusion but you do only need to see one individual to tick the species. A small family of brolgas lifted our spirits, the dearth of Cape Barren geese dashed them, the previous weekend’s Ruddy turnstones were nowhere to be seen, nor were the Little terns and the Fairy terns. Our count was down!