Thank you as always, Maelor. Your work in compiling Daily Links is much appreciated, by me and by those to whom it is forwarded. Best wishes to all for 2023 …

I’ve always been fuelled by the belief that when enough people know that we need to change, we will. And it’s not just a numbers game, we need enough people of influence to know and wrt to the climate debate, this means enough people in the developed world. With record heat waves in Europe, people are starting to get it. Add to this the vulnerability to energy shock from a bellicose Russia and fossil fuels don’t look so smart. Though the indicators point in the right direction, we must still despair for the environmental damage that will occur before enough change makes a difference.https://www.newyorker.com/culture/2022-in-review/the-climate-changed-fast-this-year-and-institutions-responded

Remember, Michael O’Connor of the Forestry Division of the CFMEU stood on a flatbed truck with John Howard to support logging old-growth forests in Tasmania.  VicForests still operates at a …

In the long list of ‘what ifs’, here’s a rather important one. Here’re more, what if Al Gore won the Democratic nomination in 1988 and then went on to win the election? He had a second chance, what if hanging chads weren’t a thing and Al Gore was elected over George Bush in 2008. And here at home, what if Australia had surfed the goodwill and national confidence that followed the Sydney Olympics and resolved the refugee, reconciliation and republic issues? What if the Tampa hadn’t picked up the stricken refugees or if the media called ‘rubbish’ on ‘children overboard’? We all needed Al Gore, no-one needed John Howard.https://www.salon.com/2022/12/18/the-first-climate-change-candidate-inside-al-gores-oddly-prescient-1988-presidential-run/ 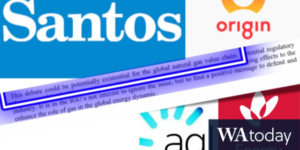 If the International Gas Union is as lax in leaking emissions as it is in leaking its greenwashing playbook, we need to close them down yesterday. We shouldn’t expect anything …

Just when you think sanity might be emerging, you find an article reporting that global coal use is set to reach a record high. We are indeed a dumb, dumb species!https://www.abc.net.au/news/2022-12-17/coal-consumption-expected-to-hit-all-time-high/101784672

Broader reporting requirements are small steps in the right direction, but a long way short of a circular economy. Still, accept in principle the assertion of society over economy and then tighten the screws, accelerate the degree of standards required and the obligation for meeting them.https://www.wired.com/story/transparency-sustainability-climate-esg/ 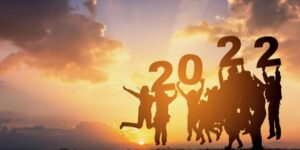 Progressives in the change business will always be dissatisfied, the change will never be fast enough and broad enough. However, look at where we have come since Rachel Carson first …

I suppose ‘propaganda’ can be ‘opinion’ but it would be more honest to call, in this instance, the e-journal ‘Online Opinion’ as ‘Online Propaganda’. I don’t see Viv Forbes owning to …

When a CBAM, a Carbon Border Adjustment Mechanism, is introduced into more markets, countries that ignore emission reductions will feel the heat. And about time too, and we all knew a CBAM was coming, whatever Peta Credlin calls it.https://www.afr.com/policy/energy-and-climate/eu-parliament-agrees-world-s-first-carbon-border-tax-20221213-p5c62g