I’ve been to India many many times. Each time I’ve looked out of the plane window as we take off from Delhi, Chennai or Mumbai, I’ve muttered to myself that I’ll be back. India does that to you. Since first visiting as a hippy in 1972, through trips to visit the excellent range of national parks and wildlife reserves over the 1980s and 1990s and more recently and then going to ski around the Vale of Kashmir, India has me in her thrall.

In fact, with some fellow Bharataphiles (India-lovers) we established Wildlife Tours of India and guided people around our favourite wildlife destinations – Kaziranga National Park in Assam, Ranthambore Tiger Reserve and the extensive bird-watching park at Bharatpur in Rajasthan. In between, we stayed at Maharajha Palaces repurposed as hotels, 4-star but surprisingly cheap tourist lodges and tourism development bungalows. There was time for shopping, visiting temples, photography and feasting on some of the finest Indian cuisine you’ll find.

I have a friend in the tourism industry in Delhi through whom we organise all of the details which in India, I have to agree, can be maddening. With the bureaucracy and the travel arrangements such as train sleeper bookings, car and driver hiring taken out of the equation, its so much easier to relax into absolutely everything that India has on offer.

I liked to refer to our organisation as Slap Dash Fauna Tours, as I reckoned that people signing on to such a tour would start with lower expectations and over-delivering would be a snap. It was a selection mechanism rather than a statement of the sort of trip I had planned. My colleagues convinced that it wasn’t great marketing and I reluctantly agreed. I still reckon that Slap Dash Fauna Tours has a ring about it though.

I took my daughter there when she was ten and I’d often hear her afterwards make relative statements about living in India and in Australia and the assumptions that we have about what is needed to survive and thrive. I took my son only a couple of years ago and he too has a valuable education about the human condition – and he knows how to handle the deep powder snow of Gulmarg. 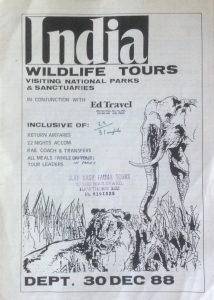 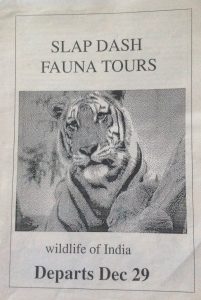 Archive material from Wildlife Tours of India, run through the then Ed Travel and still my favourite Slap Dash Fauna Tours. 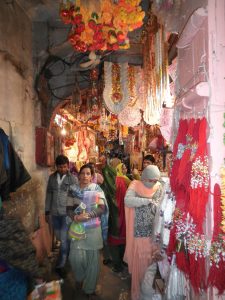 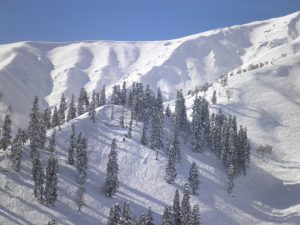 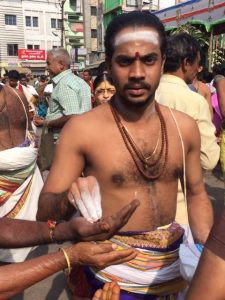 Bazaar in Jaipur, skifield in Kashmir and pilgrim in Madurai