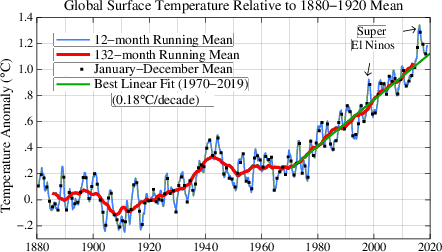 How would professional denier Andrew Bolt explain this?  He’d have a hard time sleeping soundly each night, you’d reckon.
https://independentaustralia.net/environment/environment-display/why-its-a-climate-emergency,12976

Report: ‘No evidence that fracking can operate without threatening public health’

More than 1,000 scientific studies on the health and climate impacts of fracking prove its dangerous effect on communities, wildlife and nature.

Analysis of historical tidal records alongside modern satellite data shows the rate of sea level rise began accelerating in the 1960s, not the 1990s as previously thought. And if trends continue, Australia’s region could be hit harder than most.

The blazes are releasing so much carbon that they could create a feedback loop.

The Extinction Rebellion climate change protest movement is becoming very good at annoying large numbers of people, but will that really get them what they want?

Climate Q&A: will we be less healthy because of climate change?

Climate change explained is a collaboration between The Conversation, Stuff and the New Zealand Science Media Centre to answer your questions about climate change.

Why it’s a climate emergency

Despite continuing loud outcries from professional climate deniers such as Andrew Bolt, there is no doubt that global temperatures are rising.

Explainer: Are these tiny reactors the last chance for Australia to go nuclear?

What makes a small modular reactor different and why is everyone getting so worked up about nuclear power in Australia?

An organisation set up to research low-emission coal technologies is funding a multi-million-dollar media campaign aimed at making Australians feel “proud about coal”, according to industry insiders.

Ambitious high-speed links between capital cities have been proposed for decades, but never built. Are shorter regional routes a better way forward?

EnergyAustralia has slumped into the red in the first half, recording such a big write-down as a result of the federal government’s re-regulation of electricity prices that the whole parent company CLP Group was dragged into losses.

Nationals senator Matt Canavan says regional voices are “failing to be heard” over a “din of loud Australians” while warning of a growing political divide between those living in the inner city and the bush.

The politics of annoyance: Extinction Rebellion and the right to get in your face

The Extinction Rebellion climate change protest movement is becoming very good at annoying large numbers of people — but will that actually get them the political response they’re looking for?

Data-sharing can take the pain out of shopping around

Most of us would prefer to do other things than check out how many cents we are paying per kilowatt hour of electricity. Recently passed laws should help.

Nuclear: no CO2 but it’s still not a clean fuel

Energy policy involves decisions which will only come good – or bad – decades into the future.

It’s time for nuclear energy ban to be lifted [$]

Nuclear energy has zero emissions and is widely used around the world without any issue. It’s time to lift the ban on this clean, reliable power.

Gas prices are set to stay high. The government’s moves, while welcome, won’t achieve much

“The Liberal-National government will help secure gas supplies, put downward pressure on prices and encourage new investment in gas supplies,” Tuesday’s announcement says. Only a supreme optimist would expect it to do all three.

The public is calling for the government to act on the growing climate emergency — it’s now time to take action.

780 rubbish trucks’ worth of Victoria’s recycling went to tips last week. And it could get worse

A local council warns Victoria’s “culture of recycling” is at risk as the state’s waste crisis deepens and an estimated 780 rubbish trucks’ worth of recyclable material is sent to landfill in a week.

The company, which was wound up on Friday, stockpiled tens of thousands of tonnes of recycling at rented sites

The Premier has indicated subsidies may be lifted if quality and safety can be assured.

With NSW towns at risk of running out of water, the State Government has asked the Commonwealth to fund new dams to protect residents against future droughts.

As land clearing continues across NSW, locals around Holbrook in the state’s south are worried river red gums on the Murrumbidgee River will become the next hot spot.

Hundreds of protesters have taken to the streets of Brisbane as part of the ‘extinction rebellion’ demonstrations. Several people were arrested for causing raffic delays and congestion.

Extinction Rebellion protesters blocked the corner of Margaret and William streets in Brisbane on Tuesday.

Police have arrested 50 protesters so far in the Extinction Rebellion protests that caused commuter chaos in Brisbane.

Windlab’s world-leading solar, wind and battery project at the Kennedy Energy Park in north Queensland has finally been connected to the grid and energised after an eight month delay….

A phenomenon that makes coral spawn more than once a year is improving the resilience of the Great Barrier Reef.

‘Spiritual harm’ payouts are likely to cost billions of dollars. So how does it work?

Native title experts and land councils say a proposed native title compensation claim for bauxite mining in Arnhem Land is just the tip of the iceberg for state governments and the Commonwealth.

Between 70 and 80 jobs will be impacted during the next five years after the state government made the decision to shut down two of four operating generators at the Muja power station in Collie.

‘Way of life’ at risk: Erosion report reveals beaches, 28 properties at risk of being washed away

An estimated 28 private properties, and several iconic beaches, are at imminent risk of being washed away in the next five years according to an alarming report into WA’s coastal erosion, released on Monday.

Five sustainable consumer trends to get excited about

The sustainability revolution is underway, according to a new report examining how sustainability is disrupting key sections of the global economy. Here, we highlight five sustainable consumer trends outlined in the report that are transforming the way people shop.

Guacamole lovers, rejoice! The avocado genome has been sequenced

We now know the DNA of guacamole. Scientists have sequenced the avocado genome, shedding light on the ancient origins of this buttery fruit and laying the groundwork for future improvements to farming.

Report: ‘No evidence that fracking can operate without threatening public health’

More than 1,000 scientific studies on the health and climate impacts of fracking prove its dangerous effect on communities, wildlife and nature.

Over the next decade, 24 European cities with a total population of 62 million people will ban diesel vehicles, and 13 of those cities will ban all internal combustion cars by 2030.

A quarter of the world’s population across 17 countries are living in regions of extremely high water stress, a measure of the level of competition over water resources, a new report reveals.

Eco-fascism has seen a notable reemergence among far-right groups and festering corners online in the U.S. and Europe.

Keeping up with the competition: global trend to demand response

This paper outlines how the world’s major electricity markets are opening up to demand response competition, which will benefit consumers with lower prices and help maintain reliability.

One day the world’s population will start falling

The way economies are organised at present, the richer people become, the more damage they do.

Ocean acidification just one of several climate-related threats for shellfish

Roadside verges provide a vital refuge for pollinators — but they must be managed better, new research shows.

The limits of rainforest growth

How much carbon dioxide can tropical rainforests absorb? Investigations indicate that the absorption capacity is severely limited by the phosphorus content of the soil.