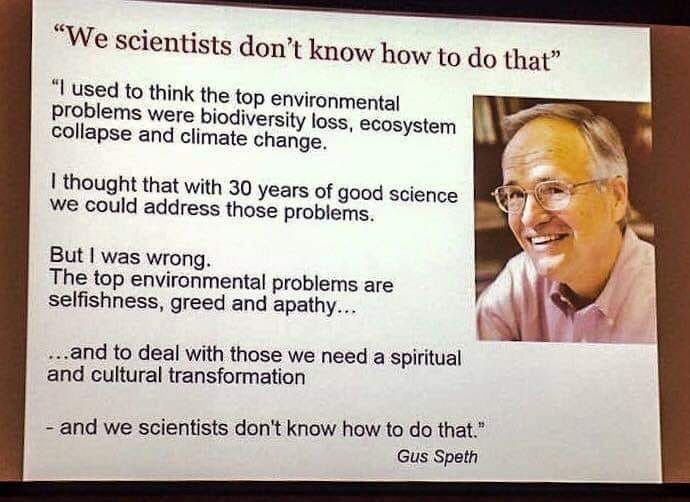 Power sector emissions would have been 15 percent higher in 2018 without the past decade’s renewable energy growth, a UNEP report shows.

Day of the Victims of Holocaust and of Racial Violence – Slovakia

Memorial Day for the Victims of the Crimean War

Include a Charity Week

While Democrats are getting ambitious on climate change, the GOP continues to derail the conversation from the sidelines.

What you need to know about carbon footprints

What is a carbon footprint, exactly? And how is it related to the climate crisis?

Hundreds of users of Roundup in Australia are preparing legal cases against chemical giant Monsanto, the manufacturer of the weed killer. Their cases add to the already 17,000 cases launched in the United States.

I wished for a simpler life in the country, of veggie gardens and dawn meditations, but I ran back screaming to the city

The train lines struggling to cope with massive passenger surge [$]

For many Melburnians who catch the train during peak hour, it won’t come as a surprise that the city’s train network is struggling to handle the surge of millions of extra passengers.

The failure of Extinction Rebellion to get boots on the ground at a protest in Melbourne highlights the weakness of the rhetoric of disruptive online activists.

Multiple bushfires across NSW continue to burn out of control more than 36 hours after the emergency began, scorching tens of thousands of hectares and destroying or damaging property.

NSW will set interim carbon reduction targets to guide its economy to net-zero emissions by 2050 in the latest sign the Berejiklian government plans to beef up its climate change action.

A large drop in motorists driving into Sydney’s CBD over the past four years during the building of a multibillion-dollar light rail line has opened the way for construction of a key cycleway and an expansion of permanent pedestrian-friendly space.

Stunning reason the Darling River is drying up [$]

Families on the lower Darling­ are helplessly watching the last puddles of river water dry up, as an upstream discovery delays the planned removal of dam walls.

Why your lights will stay on without Liddell’s coal power

The market is coping with the shift to renewables and gas, but governments need to stay out of its way.

Queensland is facing its worst bushfire threat in recorded history, with tough conditions to continue for at least one more day.

‘This is an omen’: Queensland firefighters battle worst start to season on record

Controversial changes enforcing quotas on Queensland fisheries have led to a critical breakdown in the relationship between industry and government.

Researchers have been working to improve the data gathered from cheap sensors, which would allow better monitoring of rivers feeding into the Great Barrier Reef.

‘A mind of its own’: Fire rips through heritage Binna Burra Lodge

A heritage-listed rainforest lodge in the Gold Coast hinterland has been destroyed after dangerous conditions prevented firefighters getting close enough to douse the flames.

Researchers have developed tools that could allow for real-time monitoring of Queensland’s waterways, in an effort to manage water quality and run-off to the Great Barrier Reef.

The Queensland government has called an urgent meeting to resolve a national policy vacuum.

A crowdfunding project to help finance the restoration of giant kelp forests on Tasmania’s East Coast has been successful in raising $350,000 to save seaweed.

Tahune Airwalk to reopen ‘by end of year’ [$]

An engineering inspection shows the Tahune Airwalk structure does not need to be rebuilt after being caught in the Huon Valley summer bushfire.

Heatwaves and extreme weather events as a result of climate change will put significant pressures on WA health services.

Power sector emissions would have been 15 percent higher in 2018 without the past decade’s renewable energy growth, a UNEP report shows.

Naturalist Stephen Moss was 13 when he first saw the RSPB reserve in Minsmere, Suffolk. Now he fears plans for Sizewell C could wipe it out

Marine plastic pollution hides a neurological toxin in our food

In the mid-1950s, domesticated cats in Minamata, Japan mysteriously began to convulse and fall into the bay. The people of Minamata took on similar symptoms shortly after, losing their ability to speak, move, and think.

Extermination gathers pace, even though new evidence suggests it fails to tackle rise in cases of bovine TB

Widely publicised marine heatwaves aren’t the only threat corals are facing: the seas are increasingly acidic, have less oxygen in them, and are gradually warming as a whole.

Why you should cancel all your meetings [$]

Do you spend way too much time in pointless meetings? Sometimes even playing with your phone, or answering emails on your laptop while the meeting is going on around you? And are all those meetings stopping you actually getting your real work done?