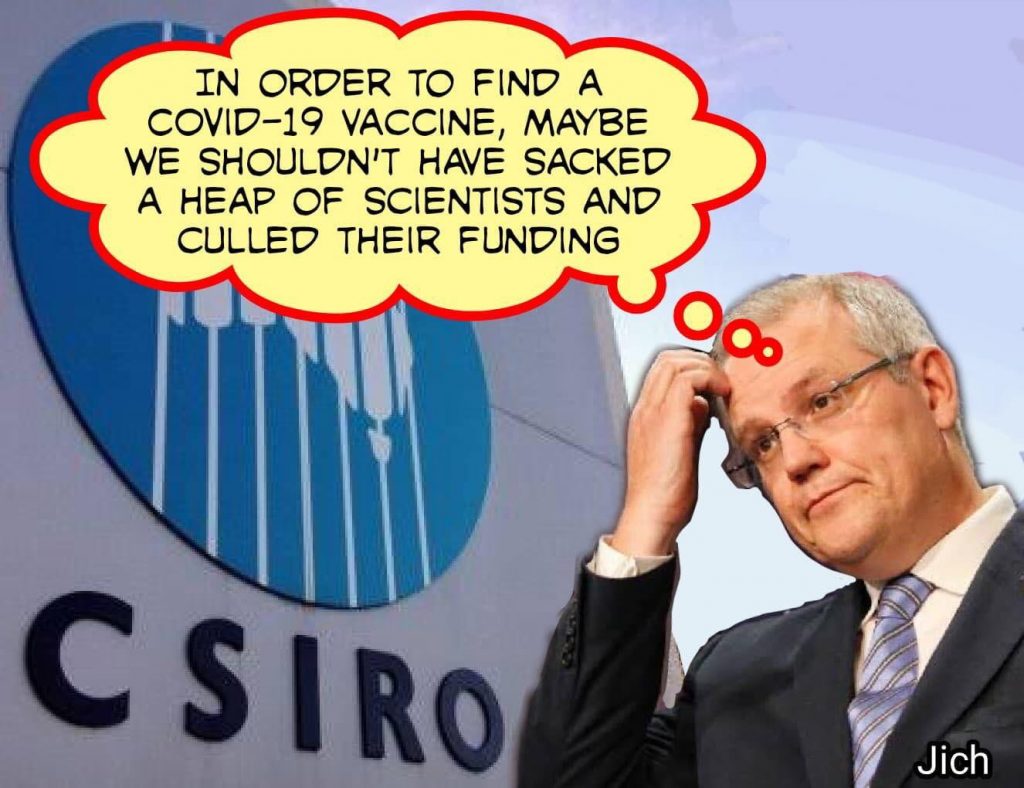 Capitalism must expand or lapse into crisis. But perpetual growth pits humanity against nature

How changes brought on by coronavirus could help tackle climate change

Based on projections for economic growth in 2020, there are suggestions that the impact of the coronavirus might significantly curb global emissions.

Natural solutions to the climate crisis? One-quarter is all down to Earth…

A recent study led by scientists from The Nature Conservancy alongside Conservation International, Woods Hole Research Centre, University of Aberdeen, Yale University and the Kunming Institute of Botany, Chinese Academy of Sciences (KIB/CAS), has provided a timely reminder in this critical ‘super year’ for nature not to neglect the power of soils and the many benefits these ecosystems can deliver for climate, wildlife and agriculture.

Emissions of several ozone-depleting chemicals are larger than expected

MIT researchers have found that much of the current emission of these gases likely stems from large CFC ‘banks’ — old equipment such as building insulation foam, refrigerators and cooling systems, and foam insulation, that was manufactured before the global phaseout of CFCs and is still leaking the gases into the atmosphere. Based on earlier analyses, scientists concluded that CFC banks would be too small to contribute very much to ozone depletion, and so policymakers allowed the banks to remain.

AEMC backs off on COGATI rule change, relief for solar and wind sector

The Australian Energy Market Commission has dumped plans to rush through changes to transmission access rules, agreeing instead to have them considered as part of the overall redesign of the national electricity market.

There could be “catastrophic” power outages at smelters unless a coherent national energy plan is developed before summer, the aluminium industry has warned.

Business and environmental groups are divided over the Victorian Government’s decision to lift a moratorium on conventional onshore gas exploration, on the same day it permanently bans fracking and coal seam gas.

The Australian Energy Council has supported the Victorian Government’s decision to remove the ban on onshore gas exploration and production.

Farmers impacted by the major fire in 2018 remain in limbo as they have not received financial compensation despite agreeing to a settlement with Powercor.

Huge Dundonnell wind farm begins output in Victoria, one of the few large scale wind and solar projects to connect on schedule.

Barilaro retreats on Nationals support for One Nation nuclear bill

It comes two weeks after Mr Barilaro declared the Nationals would back the One Nation bill before consulting with his party room.

A clutch of endangered turtles has hatched over the past month thanks to a new breeding program that may help keep the breed alive in the longer term.

Brisbane’s 1200-strong fleet of buses is being sanitised nightly at a predicted cost of $1.5 million a month in a bid to allay public fears about coronavirus.

It’s been officially gone for decades but a tiny former local is finally set to flutter around our city again. And it’s very exciting news for the people who made it happen.

Green schemes: How fraudsters are cashing in on the clean energy boom

Lured by the hype, hope and promise of green energy, many investors fall for scams that often target the elderly.

Capitalism must expand or lapse into crisis. But perpetual growth pits humanity against nature

The end of global travel as we know it: an opportunity for sustainable tourism

The COVID-19 crisis is an epic disaster for the global travel industry. But we shouldn’t try to return to business as usual.

Creating a simple, sustainable home isn’t as easy as it sounds. But with some planning and hard work, it can be an exciting and fulfilling journey.

Last Wednesday marked the ninth anniversary of the meltdowns, fires and explosions that destroyed the Fukushima nuclear plant in March 2011.

An emerging threat to conservation: Fear of nature

It’s called “biophobia,” a disconnection from nature that reduces our will to preserve species and habitats. But new research points toward wild solutions.

Experts have stressed an urgent need to find alternatives to wormers and anti-ectoparasitic products used widely on cattle, following the findings of a study just published in Environmental Toxicology and Chemistry.

How horses can save the permafrost

Permafrost soils in the Arctic are thawing. In Russia, experiments are now being conducted in which herds of horses, bison and reindeer are being used to combat this effect.

Now for something completely different
Can I go outside? How is self-isolation enforced? Your quarantine questions answered

Self-isolation has proven to be an essential measure to curb the rapid increase of coronavirus cases — and is enforceable by police. Here are the rules.