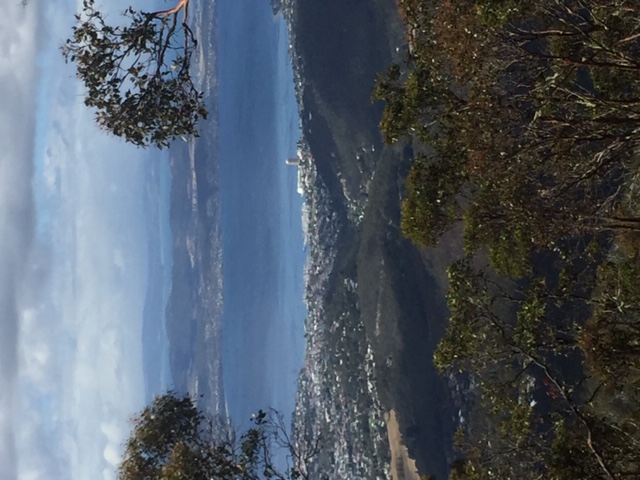 Seen from the sky: Polluted waters around the world

About 4 billion people experience severe water shortages for at least one month a year and around 1.6 billion people – almost a quarter of the world’s population – have problems accessing a clean, safe water supply, according to the United Nations.

Fake news on social media about climate change and biodiversity loss is having a worrying impact in the battle to halt the growing environmental threats to the planet, a group of scientists and analysts have warned.

Seafood has generally been considered part of a low-carbon diet, but new research points to a surprising link between fishing and carbon emissions.

Former Australian finance minister Mathias Cormann was last week elected Secretary-General of the Organisation for Economic Co-operation and Development (OECD), after campaigning on a platform with climate action as a central plank.

They’ve been labelled ferals and anarchists, but these grandparents say they’ve been left with no choice

As Extinction Rebellion plans to disrupt cities across the country, a sub-group of grandparent protesters explain why they’re prepared to be arrested for the cause.

Right to repair: what can you do if your mobile phone breaks?

It may not grab the public’s attention as much as its work tackling the dominance of Google and Facebook, but the ACCC’s review of gas pricing, launched last week, can make a fundamental difference to the four million Australian homes that use gas and the local manufacturing jobs and industries that rely on natural gas.

Resistance is futile: Why technology is key to Australia’s green energy future

In this extract from his Quarterly Essay, Australia’s former chief scientist writes that achieving zero emissions will be hard but that technology can make fossil fuels obsolete.

Health sector can save lives by reducing its carbon footprint

Doctors are in the business of saving lives. Every day we head to clinics and hospitals, committed to protecting Australians’ health. However even with our decades of medical training, one of the biggest opportunities to save millions of lives today doesn’t require a single prescription, vaccine, or scalpel. Getting to net zero emissions and phasing out fossil fuels, could save over 8 million lives globally every year.

Tim Flannery, like many climate alarmists, has been proven wrong about his scaremongering predictions – yet he hasn’t paid a price.

Only a small fraction of buildings with flammable cladding have been fixed, and owners are feeling the strain

Australia has more than 3,400 buildings with flammable cladding. In Victoria alone, at least 71 of these buildings have been classified as “extreme risk” and another 368 as “high risk”. Despite the tragic evidence of the risks of cladding fires, rectification work had been completed on only 11 of these buildings by February 2021.

Thousands of residents on Melbourne’s eastern fringe have demanded the government halt its plans to sell empty land on the site of a former school to property developers.

Platypus populations in north-east Victoria are much stronger than expected after last year’s bushfires, much to the relief of researchers.

A Labor-Liberal political alliance propped up Portland to save coal [$]

If Portland’s aluminium smelter had been allowed to close, officials believed a coal-power plant would have shut too.

Locals are pushing for golfers to be thrown out of a suburban golf course, calling for the greens to instead be turned into a park.

Why Portland won’t survive the decade [$]

Governments throwing taxpayer money at heavy industries like refiners and car makers are delaying the inevitable.

Thousands of residents across Sydney may be forced to evacuate as two weather systems bring more rainfall and flooding.

For 33 years, Deborah Tabart has tried to help koalas but she believes the system has failed and now wants dramatic action.

Andrew Forrest says accelerating development of his $1.2 billion gas and hydrogen-fired power station in NSW could mean generation as early as 2023, meeting the federal government’s deadline.

Dangerous floods are inevitable, so stop putting people in their way

We need to restore our floodplains and stop building in their path. Raising the height of Warragamba Dam will not keep many thousands of Sydney residents from danger.

After a decade of lost opportunity to fix NSW’s planning mess, here’s a model for success

The Liberal-National Coalition came to power a decade ago promising reform of a NSW planning system besmirched under Labor by allegations of undue developer influence, overdevelopment at Barangaroo and the misuse of ministerial discretion in planning decisions.

Decade in power: How risks are rising for Sydney’s mega rail projects

About 30 metres beneath the oldest part of Sydney, the newest addition to the harbour city is taking shape, carved out of sandstone. A massive vent pumps air from the surface into the underground cavern, which will be reshaped into a fully fledged train station over the next few years.

Floods prove the weather’s not broken [$]

The challenge of these floods adds to the trauma of the deadly fires that scorched the landscape just over a year ago.

The Great Artesian Basin, the forests, the premier Gladys Berejiklian: is nothing safe from the NSW Nationals?

The power of the Nationals in NSW politics poses a serious risk to the state’s environmental health. From fracking the Pillaga and pushing for coal mining on the fertile soil of the Liverpool Plains, to using the state’s remaining forests for a dirty power plant dressed up as ‘renewable’ energy, Deputy Premier John Barilaro’s fingerprints are on every policy.

The ACT has been identified as one of the country’s best jurisdictions in terms of renewable energy, according to a new report.

Water quality in Canberra’s catchment areas was boosted in 2020, despite parts being impacted by the Black Summer bushfires.

As the infill of Lake Burley Griffin’s West Basin nears completion, opponents to the revamp have called for a comprehensive plan for the precinct beyond 2022.

Aboriginal leader Gerhardt Pearson says Cape York peninsula is in danger of being swamped by a mining “free-for-all” if the Queensland Labor government does not properly fund a historic land buyback program.

Intimidation by the public is a reason why a powerful planning body’s discussions should remain secret, state parliament has heard.

As anti-protest laws head to the Upper House a campaign has been launched against the proposed laws with the six organisations involved calling the laws “unjust and dangerous”.

Recereational anglers and fishing tour operators will be granted access to previously closed coastal waters in Mini Mini and the East Alligator River, the Northern Land Council has announced.

Almost half a billion dollars worth of Kakadu investments is likely to fail to deliver the intended benefits amid disputes involving allegedly corrupt Indigenous organisations.

Why it’s high time for buildings to ‘chill out’

The Northern Territory is different and unique in many ways, but its latest claim to fame is not one to brag about. That is, it consumes more energy per square metre for cooling than anywhere else on the planet, according to research by the University of NSW.

Seen from the sky: Polluted waters around the world

About 4 billion people experience severe water shortages for at least one month a year and around 1.6 billion people – almost a quarter of the world’s population – have problems accessing a clean, safe water supply, according to the United Nations.

Greenhouse gas emissions in the United Kingdom have plunged by 51 percent since 1990 and the country is halfway toward slashing its CO2 emissions to zero by 2050, according to the Web site Carbon Brief.

Air pollution, even in seemingly small amounts, can be harmful to human health and the environment. However, there’s still a lot that many people misunderstand about what’s really in our air.

Inside the new world of plastic credits

In their attempts to go “plastic neutral,” some companies are paying to clean up plastic from nature. But does that mean anything if it just gives them license to make more plastic themselves?

Even garbage is using blockchain now

Pilot projects that use innovative data collection to encourage recycling and responsible waste management are underway in Argentina, India and the U.S.

Feeding cattle just a tiny bit of seaweed each day could help the agriculture industry significantly cut back on greenhouse gas emissions.

Noise pollution: What the future of the cricket means for Earth’s fate

Reading the writing on the wall’: why Wall Street is acting on the climate crisis

Cities will get smarter but its citizens must too, expert warns

The biggest challenge facing the cities of 2060 isn’t the fallout from the global COVID-19 pandemic but the inevitable rise of digitisation and AI, which will bring benefits, but also problems that need to be planned for.

Should this man really hold the power to end life on Earth?

Britain will boost its number of nuclear warheads by almost 50 per cent, from 180 to 260.

The severe cost of the world’s baby bust

The chemicals that are contributing to the decline in fertility must be banned.

Storks, butterflies and turtle doves could all suffer at the Knepp estate in West Sussex

Fungi are key to our survival. Are we doing enough to protect them?

For almost a decade, one lone mushroom was classified as an endangered species, and scientists say more could be in trouble.

He tried to save a rare parrot. It cost him his life.

Armed groups and criminals are targeting environmentalists as Colombia’s moment of shaky peace slips away.

Trees are often seen as something to be chopped down for economic gain or cleared to make way for development. But without them, scientists warn, humanity loses an important lifeline.

‘Our biggest challenge? Lack of imagination’: The scientists turning the desert green

In China, scientists have turned vast swathes of arid land into a lush oasis. Now a team of maverick engineers want to do the same to the Sinai.