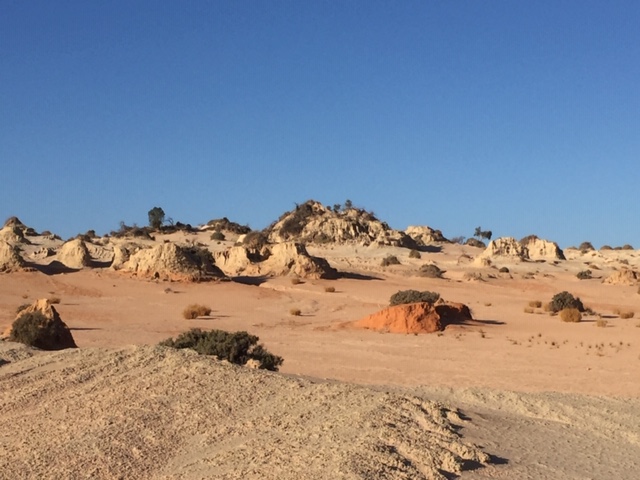 Climate change will cost a young Australian up to $245,000 over their lifetime, court case reveals

The Federal Court today dismissed a bid by a group of Australian teenagers seeking to prevent federal environment minister Sussan Ley from approving a coalmine extension in New South Wales.

Investors are taking action to force “big oil’ to clean up its act, as top management at Exxon Mobil and Chevron get a shakeup and a Dutch court rules that Shell must cut its carbon emissions.

With the COP Climate conference in Glasgow only a few months away, the ambitions of the Paris Agreement and the importance of taking action at the national level to reach global climate goals is returning to the spotlight. IIASA researchers and colleagues have proposed a novel systematic and independent scenario framework that could help policymakers assess and compare climate policies and long-term strategies across countries to support coordinated global climate action.

The economic cost of climate change and how cyclones exacerbate it

Cyclone Amphan, which wreaked havoc in several eastern Indian states in May 2020, earned the notoriety of being the world’s costliest natural disaster at an estimated economic loss of over one lakh crore rupees.

Why was Greta Thunberg ‘fatshamed’ and accused of being an ‘environmental princess’ by Chinese state media?

Greta Thunberg has managed to get under the skin of the Chinese government after being targeted by the state media in an article that mocked her weight and described her as an “environmental princess.”

Climate skeptics who aren’t persuaded by the existing evidence from climate change are unlikely to change their minds for many years, according to a newly published quantitative study by a University of Oregon environmental economist

This month, President Biden vowed to cut greenhouse gas emissions in half by 2030. It’s an ambitious, eleventh-hour effort to meet our climate goals and stave off catastrophe. To succeed we must follow the lead of Indigenous people in the U.S. and around the world.

The Australian Federal Court rules that Environment Minister Sussan Ley has a legal duty not to cause harm to young people of Australia by exacerbating climate change when approving coal mining projects.

Over a dozen of Australia’s leading NGOs and environmental advocacy groups have written an open letter to AGL urging them to drop their lawsuit against Greenpeace.

A dramatic escalation of climate pressure facing the world’s biggest oil giants has sparked warnings for the sector in Australia.

A plan to return 450 gigalitres of environmental flows to the River Murray will fall short and is on track to return just 13 per cent of the required water by the 2024 deadline, a study has found.

Australia’s second-richest person is chasing the next big dream: a carbon neutral world.

Solar energy batteries made from seawater on the way [$]

A top Aussie scientist thinks the two can make an affordable alternative to lithium batteries with seawater and blue pigment.

Fundraising regulations are ‘stopping charities from doing their job’

Millions of dollars are being wasted each year as charities seek to meet “ridiculous” fundraising regulations that need to be scrapped, says advocate in light of new report

From the archives: as part of our Platinum 70 Year, we take a look back at the AFR View on significant domestic and international events over the past seven decades.

Have you ever heard of the urban myth that you can place a frog in a pot of boiling water, and it will instantly leap out? But if you place the frog in a pot of lukewarm water and gradually heat it, the frog will remain in the water until it boils to death. Pretty grim, right? But this saying has been simmering away in the back of my mind for a while now and I can’t quite shake it.

‘More than a word’: practising reconciliation through Indigenous knowledge-sharing in tourism

In a landmark judgment, the Federal Court found the environment minister has a duty of care to young people

This morning, the Australian Federal Court delivered a landmark judgement on climate change, marking an important moment in our history.

Climate change will cost a young Australian up to $245,000 over their lifetime, court case reveals

The Federal Court today dismissed a bid by a group of Australian teenagers seeking to prevent federal environment minister Sussan Ley from approving a coalmine extension in New South Wales.

Forest & Wood Communities Australia purports to be a grassroots organisation of timber workers but it is founded by the chairman of private forestry company Pentarch and other influential timber industry players. Tasha May reports on a classic case of astroturfing.

Birth of Tassie devils could be first step to having them back on mainland after 3,000 years

A group of Tasmanian devil joeys have been born in a “wild sanctuary” in Barrington Tops, just north of Sydney. But is it a good idea to rewild them on the mainland?

Environment Minister Rebecca Vassarotti says she cannot meet kangaroo cull protesters in good faith, because they fundamentally disagree and it would not be possible to stop the cull.

A Greens backbencher in the ACT’s parliament will push for the territory government to sign an international fossil fuel non-proliferation treaty.

Australia does have radioactive waste problems in the lingering concerns over historic atomic bomb test sites in South Australia., and in both the functioning and the closed uranium mines. But there is only one uranium-processing facility producing radioactive wastes, the Opal nuclear research reactor at Lucas Heights in Sydney.

Why an offer to water-bomb the Fraser Island bushfire was refused by the Queensland Parks and Wildlife Service just days after it began, and continued to burn 85,000 hectares.

Thirty-eight recommendations were tabled by the Queensland government in its review of the bushfire that razed 87,000 hectares of the World Heritage-listed island.

Queensland government reveals the Tarong coal plant would become host of new big battery, as it deals with the fallout of recent coal plant failures.

Some 11 solar farms in north Queensland have output limited in response to Callide coal explosion, but limits quickly relaxed.

The 2016 report for the transport department shows a pedestrian and bike bridge that opens to let boats through is viable and would be used by 3600 people daily.

The wetlands were once ‘our chemist and supermarket’. Now we hope to restore them with traditional knowledge and science

Ngarrindjeri elders are teaming up with scientists to relearn lost Indigenous knowledge and help save the critically endangered swamps of SA’s Fleurieu Peninsula.

An environmental project from the North East Bioregional Network has won a prestigious international award.

A Northern Tasmanian venison deer farmer fears for the survival of his niche industry if wild deer were allowed to be shot and its meat sold to the public as part of any new state deer management strategy.

Call to Premier for 2-week moratorium on mine dam

The Bob Brown Foundation wants Premier Peter Gutwein to call a halt to mining company MMG’s clearing for a toxic waste dam in the Tarkine rainforest until 8 June.

The Tasmanian Conservation Trust has opened its online guide for those wanting to make a representation on the Mt Wellington Cable Car proposal.

Show these facts to your fish retailer

The company planning to build a world-class lithium mine near Darwin has inked a five-year Darwin Port operating agreement.

Aboriginal and European names for places and landmarks

Explainer: When can I charge my house from my EV?

The ability to use your car as a mobile energy storage and supply device is on our doorstep – or should we say, in our driveway.

The role of healthcare in exposing individuals to endocrine-disrupting chemicals (EDCs) is grossly underappreciated.

Could these ultra-low-cost batteries be the lithium-free energy storage to power the renewable grid?

Noon Energy is building a rechargeable battery using cheap materials that it says will provide 100 hours of power.

The No. 2 U.S. auto maker plans to increase spending on electric-vehicle development as part of a strategy to reverse years of declining profits.

Can tiny forests breathe fresh air into our cities?

After gaining popularity across Asia, small, dense ecosystems are taking root in Europe’s urban areas. Advocates say they improve biodiversity, air quality and even our well-being. But do they live up to the hype?

At the end of this month, the Climate Change Commission will deliver its final advice to government, outlining how New Zealand can reach its climate targets.

Following scandals over illegal logging, and with an appetite for rare, old-growth wood, the guitar industry is rethinking its environmental footprint. Australian companies are leading the way.

The idea of ‘green growth’ is flawed. We must find ways of using and wasting less energy

There is no doubt we need to stop emitting fossil carbon. But if we fixate on replacing fossil fuels with renewable energy and don’t also reduce consumption and energy waste, we risk failure.

By restoring ecosystems, conservationists can help the land sequester carbon. But it’s still no substitute for drastically cutting emissions.

Human rights must be at heart of new biodiversity framework, experts say

A new study by the ICCA Consortium, an international conservation association, says human rights must be included in conservation policies to save the world’s vanishing biodiversity.

Three Indian vessels yesterday joined efforts to contain a major fire on a container ship off the Sri Lankan coast amid fears that it could break up and spew out hundreds of tonnes of oil.

Brazil’s Supreme Court granted search warrants for the homes and financial records of Ricardo Salles, who accelerated deforestation during the COVID-19 pandemic.

Just as caged canaries once warned coal miners of the risk of carbon monoxide poisoning, free-flying seabirds are now warning humanity about the deteriorating health of our oceans.