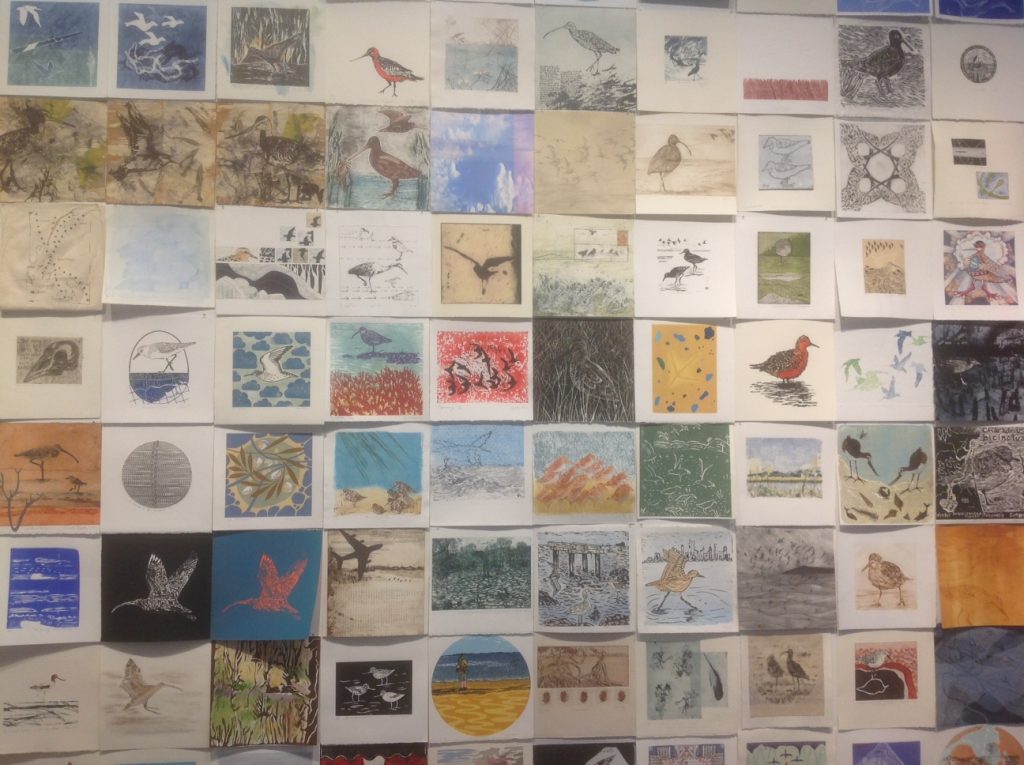 Happy World Migratory Bird Day, from down here at the Overwintering Exhibition: Western Port at the Mornington Peninsula Regional Gallery.

Nature is critical to slowing climate change, but it can only do so if we help it first

Green Collar’s James Schultz is clear that “the best way to solve the most complex issues like the environment is to put them on a balance sheet”.

But in solidarity there’s some solace.

Is climate hysteria the storm before the calm? [$]

Demands to act on climate change reached fever pitch at President Joe Biden’s climate summit last month, where 40 world leaders gathered on Zoom to outdo each other in their ambitions to slash carbon dioxide emissions to achieve “net zero” by 2050.

The Coalition is backing a gas plant that also runs on hydrogen. Is this the future or a folly?

EnergyAustralia says it will build a gas-fired generator in NSW, but only after the government pledged $83m. Is it money well spent? And what are the alternatives?

Renewable energy zones will unlock wind and solar and bring prices down, but gas faces challenges from more flexible coal and more renewables.

An article published by the Lowy Institute on 3 May raises serious concerns about the litany of problems with the proposed Davis Airport which the Australian Government and Australian Antarctic Division are prepared to ignore.

It is rare for heads of government to portray their countries as irrelevant. But this is how Prime Minister Scott Morrison described Australia’s role in global climate action amid its worst fire season on record last summer.

Anglicare, St Vincent de Paul warn about the government’s war on charities. So much for having a Christian PM, right? [$]

New regulations introduced by the Morrison government could see charities deregistered over the slightest of summary offences.

Under the shadow of the pandemic, Victoria’s fire season almost slipped by unnoticed

After the devastation of the the 2019/20 bushfires, Victoria has enjoyed a brief reprieve. But the threat of climate change and sporadic outbreaks of COVID-19 mean the next season will be anything but simple.

Mission to save Sydney’s rarest eucalyptus species from extinction

When Steve Douglas drove by a neighbourhood street corner, he spotted a new and rare species of eucalyptus tree. After 25 years, more than a hundred of these trees are being planted in a secret location in a national park.

AGL signs up contractor to advise on closure and demolition of Liddell coal generator, and fast-tracks closure of one unit because it is not reliable.

There are many parallels between the NSW Upper Hunter and the concerns of voters in the rest of Australia.

A new $16 million scheme to financially support people exposed to loose-fill asbestos in their homes in Canberra is announced, with advocates calling it “the missing part of the Mr Fluffy response”.

The ACT’s often-stated political aspiration to become the electric vehicle capital of Australia is barely out of first gear, with Canberra’s report card on recharging infrastructure offering grim reading.

The Gold Coast’s’ controversial light rail Stage 3 to Burleigh, plagued by stalled contract negotiations and cost blowouts, has been nudged back on track after the Federal Government tipped in an extra $126 million.

More than 100 people took part in a “Tour de Carmichael”, a 105-kilometre cycle for Country through sacred Wangan and Jagalingou land to Adani’s coal mine site

A fishy tale of climate research

Allegations of possible scientific fraud involving James Cook University and the ARC Centre of Excellence for Coral Reef Studies strengthen the argument for better quality assurance when it comes to research involving the Great Barrier Reef.

“You should never give up hope when it comes to protecting and restoring our damaged planet,” says lifelong environmental activist Christine Milne AO.

The Federal Government has pledged $1.3 billion ahead of next week’s budget to upgrade West Australian roads and fund key infrastructure projects.

Battle to save woodlands becoming ‘urn of tears’ [$]

Finding 500-year-old trees in one of the world’s largest temperate woodlands is easy, but keeping them alive is a daunting challenge facing the Great Western Woodlands.

Thanks to the phase-down of coal, the risk of premature death in the United States due to the burning of fuels for electricity, homes and businesses fell 54 to 60 percent from 2008 to 2017, Harvard researchers found in a new study.

A cryptocurrency company is showing how Bitcoin can keep dirty energy alive.

To reduce carbon footprint, these artists greened up their practice

Passionate about the natural world, some artists are examining how their materials and creative process impact the environment.

Few topics divide clean energy advocates as much as the role of nuclear power.

The controversial future of nuclear power in the U.S.

As the climate crisis worsens, the discussion intensifies over what role nuclear power should play in fighting it.

Bitcoin provokes intense debate but one thing everyone agrees on is that it has become a staggering producer of climate wrecking carbon dioxide.

Greg Abel, the likely successor to Warren Buffett as Berkshire Hathaway CEO, is a low-key Canadian who orchestrated the company’s big move into renewable energy as the head of Berkshire’s large utility business.

The tiny creatures are the ‘unsung heroes’ that keep soils healthy and underpin all life on land.

If a tree talks in the forest, does it make a sound?

Nature is critical to slowing climate change, but it can only do so if we help it first