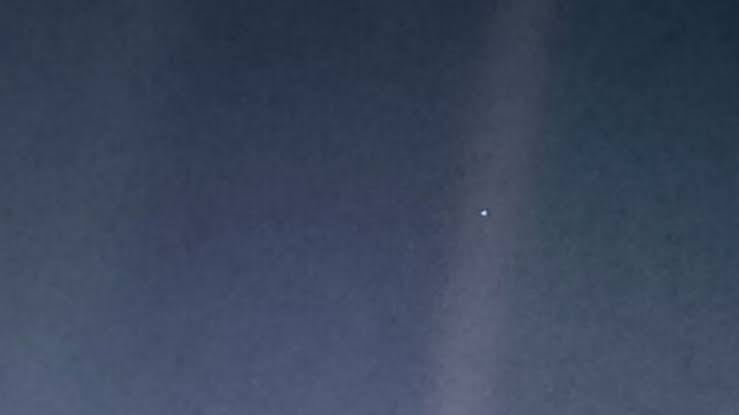 Happy World Environment Day, from Carl Sagan’s pale blue dot, as photographed by NASA. It’s all there is.

Despite the lofty goals of the United States and the European Union and the Paris Agreement targets, nearly three billion tonnes of new coal will be extracted each year if all the planned new mines are completed.

International Day for the Fight Against Illegal, Unreported and Unregulated Fishing

Despite the lofty goals of the United States and the European Union and the Paris Agreement targets, nearly three billion tonnes of new coal will be extracted each year if all the planned new mines are completed.

We asked the world’s press to commit to treating climate change as the emergency that scientists say it is. Their response was dispiriting

Fourteen prominent Australasian environmental restoration organisations announce the formation of a consortium to collaboratively support the recommendations of the UN Decade on Ecosystem Restoration – with more in the process of signing up.

Water metering in Basin is improving, but has a long way to go

The Compliance Compact between Basin states to improve public confidence in water management has served its initial purpose well. However, a report has found its focus now needs to shift from activities to outcomes.

Australia-Japan coal trade in spotlight, as groups call for it to end by 2030

Latest data from SunWiz shows Australia’s rooftop solar market is back on track in May, with the exception of some “worrying” figures coming out of NSW.

Two thirds of households would be less likely to buy rooftop solar under a plan that could see panel owners charged for exporting energy. That’s according to a survey of more than 1000 NSW residents commissioned by the group Solar Citizens, which has opposed the plan and labelled it a “sun tax”.

Officials at odds with industry over China’s coal ban impact

The queue of coal ships stranded off China has shrunk from 80 to 16 and the Federal Government believes the Chinese ban on Australian coal exports had only minor impacts.

Water authorities around Australia say people flushing cotton buds down the toilet are creating one of their biggest headaches for sewage treatment, fuelling calls for a national ban on the plastic-stemmed swabs.

Bleak future for some threatened species

With 20 species facing extinction without intervention over the next two decades, the future of some of Australia’s best-loved fauna is bleak, according to a leading wildlife campaigner.

How investing in sustainability can make perfect sense for your property portfolio.

History shows energy transition is for the good

Australia needs to reframe the whole debate about heading into a low-carbon future from culture warfare to something rational and positive.

For the students who launched legal action against the Environment minister over her duty to protect young people from an impending climate change catastrophe, the fight is far from over.

A report found there were unacceptable risks of visitors to the 42-year-old garden being bitten by snakes and impaled by star pickets.

This Saturday (June 5) is World Environment Day, and NSW councils are being invited to highlight their environmental achievements with the opening of nominations for the 2021 Local Government NSW (LGNSW) Excellence in the Environment Awards.

A video showing the number of horses on the Currango Plain.

Australian Conservation Foundation (ACF) is starting a local group in Goulburn with a focus on the environment.

Winning the war once and for all

Officials did not tell Keith Pitt the Kaban Energy Hub included a battery, before he vetoed a $280m loan on the basis the project wasn’t dispatchable.

Waste not, want not: Springborg’s plan to turn sewage into hydrogen

Former LNP leader Lawrence Springborg is pushing the Goondiwindi council into the clean energy age with a plan to turn the town’s wastewater into hydrogen.

Face is familiar: Researchers learn to tell our koalas apart in order to keep them safe

Queensland researchers are launching koala “facial recognition” to save koala lives by monitoring how the animals across south-east Queensland are using man-made wildlife crossings.

he Gold Coast is considering installing covert security cameras to tackle a new crime outbreak that is threatening to throw shade on the reputation of one of the city’s most exclusive and sought-after coastal pockets.

High-end green the goal as Turners opt for solar, hydrogen at resorts

The Turner family is making the switch to hydrogen and solar to power with a goal of net zero emissions at its Spicers resort and moving the high-end business into the green category.

Cattleman’s hurt at contamination disaster that never was

After the Stage Government wasted $40m prosecuting Linc Energy for environmental breaches at a Darling Downs gasification plant, landholders say there is little evidence of contamination.

The popular Nullarbor tourist destination is welcoming the whales and tourists back for a season it hopes will help in its mission to support First Nations communities.

Adelaide’s hot on fighting back against climate catastrophes [$]

A poll of Greater Adelaide has revealed how badly people want action to slow “severe to catastrophic” climate problems.

The chance to sell SA energy to NSW has sparked major buzz in renewables investors around the world.

1414 Degrees’ chair to step down but backs its prospects [$]

Executive chair of Adelaide renewables company 1414 Degrees will resign from the role, but says the company’s future is bright.

The economic report relied on for a cable car proposal in Hobart is five years out of date, relies on tourism heavily impacted by COVID-19 and has key figures redacted — but the people behind it say they are “confident” of their numbers.

Community groups for and against the proposed cable car project at kunanyi/Mt Wellington have mustered support as they prepare to make masses of submissions to the Hobart City Council.

Whale of an energy project sets activist against activist, industry against industry

A $6 billion plan to harness a windswept Tasmanian mountain ridge to create a hydrogen powerhouse is pitching industry against industry, activist against activist.

THE removal of silt is not a big problem.

Bob Brown: Duniam defamation a distraction from the destruction

Young Tasmanians have their say on transport in Tasmania

Over one hundred and fifty young Tasmanians aged 12-25 years will travel to Launceston today to voice their concerns, contribute ideas and identify solutions at the 2021 Tasmanian Youth Forum (TYF) Transport. Key findings from the event will be used to inform future policy directions for Tasmania.

Toxic: Disagreement over salmon expose not set to become a running debate [$]

Despite having to agree to disagree, Charles Wooley says he’s happy to move on from his argument with Julian Amos over Richard Flanagan’s controversial salmon expose ‘Toxic’.

WA’s former Aboriginal affairs minister is appointed to Rio Tinto’s board as a non-executive director as the mining giant moves to recover from the fallout over the Juukan Gorge disaster. Ben Wyatt said his role will focus on building relationships with the local community rather than on mining operations.

Around the globe, every living human being is producing 7.3 kilograms of e-waste, otherwise known as waste electrical and electronic equipment (WEEE), every year. In 2019 alone, the world generated an estimated 53.6 million tonnes of global e-waste, according to the latest Global E-waste Monitor.

Boom! Why supersonic planes are a climate nightmare

Are emissions-free supersonic jets really around the corner? Almost certainly not – and they may significantly worsen emissions, too.

Reports of a decline in male fertility rely on flawed assumptions, a new study contends.

Palm oil licenses covering concessions twice the size of Los Angeles have been rescinded by the local government in Indonesia’s West Papua province due to violations by the license holders.

While the private sector wants to keep control of the green transition, what’s needed is massive public investment

With a snorkel, a brush and a pair of scissors, Pariama Hutasoit dives down into the clear waters off Bali to clean a “reef star” installed by her conservation group to encourage new coral growth. Ms Hutasoit has helped her foundation install almost 6,000 of the stars that were planted in the gaps left behind by dead corals in reefs along the Bali coast.

Heads of Government, religious leaders, activists and artists joined the United Nations on Friday in a rallying cry to heal the planet, launching the UN Decade on Ecosystem Restoration.

The U.S. recently announced it would suspend oil and gas leases in a pristine Alaskan ecosystem. But many environmental battles await the million-acre refuge.

The Brazilian Amazon is burning, again

In recent weeks, nine major fires have ignited in the Brazilian Amazon, heralding the start of another fire season which, after a particularly dry year, experts say could be a bad one.