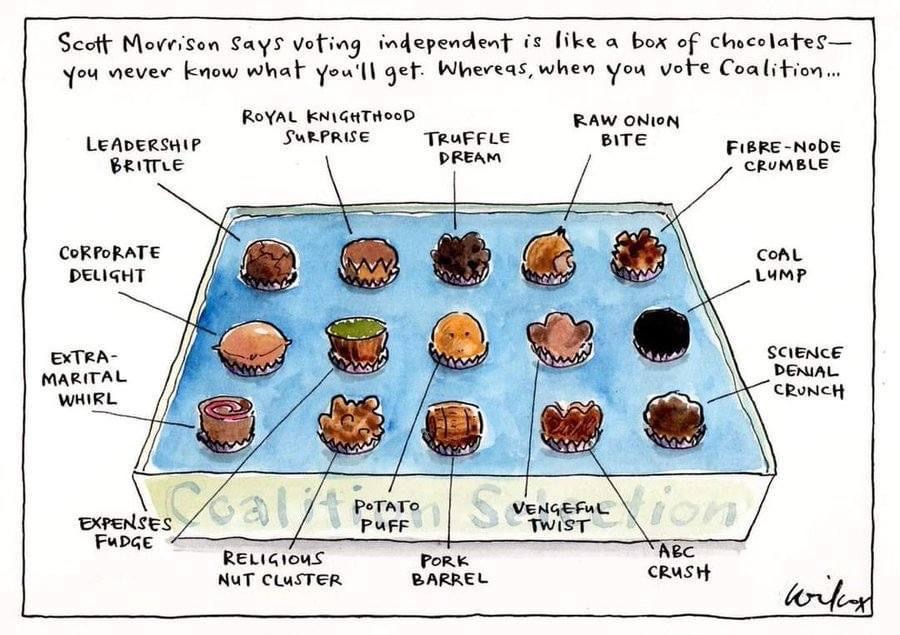 Resilient economies built on relational wealth take pains not to cause harm to the environment or to the majority of humanity. Instead, they recognize that humans thriving in a healthy natural environment yields significantly greater and more balanced economic prosperity.

As economic activity has resumed, so has pollution. After dramatic reductions in 2020, U.S. emission rates soared by more than 6% last year and are expected to continue rising as the economy reaches higher levels of normalcy.

How should culture respond to the climate crisis? Can it provide a wake-up call that isn’t so brutally loud and depressing that we don’t just smash the alarm clock and go back to sleep?

U.S. Climate Envoy John Kerry warned Monday that the world is “in trouble” and off-track on its efforts to mitigate or reverse the impacts of climate change.

The buzz around carbon removal is drawing jobseekers in droves

Workers say the growing urgency of the climate crisis and pursuit of a meaningful career path are big pulls.

Trouble on the tracks: is Australia’s $14bn inland rail project going off the rails?

A major Guardian investigation examines the 1,700km Melbourne to Brisbane mega project to find out whether communities along its route will benefit and whether their concerns are being bypassed

Australia’s inland rail: a long-held dream, but for whom and at what cost?

As Guardian Australia launches an interactive journey along the proposed 1,700km inland rail route between Melbourne and Brisbane, Gabrielle Chan and Natasha May look at how we got here and the sharp divides over what the line should achieve

For Kathmandu sustainability is a whole company affair

With a new CEO on board and two more brands under its roof, the outdoor adventure brand Kathmandu is setting itself up to become a global leader in ESG.

Australia’s best performing wind and solar farms in 2021, and the leading states

Victoria topped the states for wind and solar output in 2021, but it’s another state that hosts the best performing projects.

The focus on dealing with the pandemic has not eased concerns about the looming threat of climate change with a survey showing that 74 per cent of Australian executives think the world is at a tipping point.

The owners of marginal farming land in coastal areas are being urged to refill swamps, but sceptics question whether its carbon abatement properties would have happened anyway.

Adored the world over, the Australian koala has now been honoured with its own official koala tartan for the first time in history.

Wildlife encounters can be few and far between in cities but, if you’re lucky, you might catch sight of a small Aussie marsupial in Perth that’s helping keep urban bushland healthy.

The mining giant will be the biggest company on our sharemarket and a big presence in our financial lives.

It can be hard to feel like there is any point to fighting “the good fight” in this country when so many of our politicians don’t even seem bothered to hide their affiliations to special interest groups.

Ancient knowledge is lost when a species disappears. It’s time to let Indigenous people care for their country, their way

Indigenous people across Australia place tremendous cultural and customary value on many species and ecological communities. The very presence of a plant or animal species can trigger an Indigenous person to recall and share knowledge. This is crucial to maintaining culture and managing Country.

Why your gas bill will be hundreds more this year [$]

Victorian households will pay hundreds of dollars more for natural gas this year, with suppliers like AGL, Origin and Simply Energy passing on price hikes to customers.

Maximising for coolth: How a popular Sydney park will create its own cool microclimate

Under the project, Bicentennial Park will become a green respite for the 80,000 people who by 2023 will live or work there every day.

Technology entrepreneur Bevan Slattery is kicking off a new investment vehicle and expanding his investments into sustainability and renewable energy while teasing out more details on his plans to help save the Great Barrier Reef.

A pioneering green office building with a long-term quality tenant has a $360m-plus price tag but will still attract investors keen to build up their environmental credentials.

Mains water has been shut down across an entire outback town twice since December, as the community pushes ahead with plans for an urgent upgrade costing up to $20m.

The Tasmanian Government have announced they will invest in the $1.2 billion timber and forestry industry to gain higher returns by increasing value-added production and supporting more jobs in regional Tasmania.

‘Every summer we get through is a blessing’: Why Tasmania’s luck with bushfires might run out

The image of a fire column described as “the finger of the beast” captured during a bushfire in Tasmania serves as a reminder the island is in peak fire season — with one expert warning every summer without a catastrophe is a “blessing”.

Taxes, fines and jail time: The strictest plastic bag laws around the world

With increasing pressure on NSW to join the rest of Australia in pledging to ‘ban the bag’, SBS News looks at which countries have already taken action.

Until a few years ago, stubble burning’s smoke was confined to Punjab. The delay in burning stubble due to a law passed by Punjab govt in 2009 is why Delhi is enveloped in smoke today.

Large Permian Basin methane leaks are causing as much climate pollution as 500,000 cars

A survey of oil and gas facilities in Texas and New Mexico revealed 30 so-called “super-emitters,” which are leaking as much heat-trapping pollution as roughly half a million cars, according to a new report from Carbon Mapper and the Environmental Defense Fund.

Alan Titchmarsh says he avoids avocados because of climate impact

According to the Sustainable Food Trust, growing a single avocado requires up to 320 litres of water, with demand in the global north fuelling the export of the green fruits over long distances and their growth on expansive farms in central and South America.

Britain could grow up to eight times its current production of fruit and vegetables if all available urban and under-used green space were turned to cultivation, new research has shown.

Buildings with the highest U.K. performance ratings are using far more energy than those with the lowest ratings, according to recent data. It’s a disparity that shows the limitations of current green building standards.

Mental resiliency could be harder to rebuild than a house or business in places that have experienced multiple disasters, study suggests.

The EIA estimates that by 2040, the weight of plastics in the ocean could be greater than the weight of fish. That’s a little disconcerting.

Should you buy carbon offsets for your air travel?

More than a third of Americans would pay extra to offset their flights’ CO2 emissions, a new National Geographic survey finds.

Chemicals manufacturing will be the biggest source of growth for oil by midcentury. How do we reverse that trend?

The world’s oil stockpile is nowhere to be found

The world should still be awash in oil stockpiles built up during the pandemic. But that’s not what the actual data on oil supplies show.

Resilient economies built on relational wealth take pains not to cause harm to the environment or to the majority of humanity. Instead, they recognize that humans thriving in a healthy natural environment yields significantly greater and more balanced economic prosperity.

Israel wants to plant more trees to combat climate change, but just cut down 300,000 of them

Sequencing the genomes of all plants, animals, fungi and other microbial life on Earth is a strategy to foster better understanding, management and restoration of biodiversity and ecosystem services.