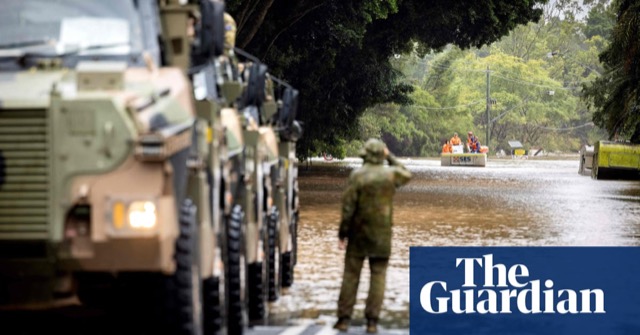 Hardly a bunch of tree-huggers, this lot.
From: Maelor Himbury <maelor@melbpc.org.au&gt;
Date: 8 December 2022 at 9:06:07 am AEDT
To: undisclosed-recipients:;
Subject: Daily Links Dec 8

‘Fate of the living world’ will be decided at Cop15, say scientists

Feast of the Immaculate Conception – Catholicism

Countries agreed at last month’s United Nations climate summit to create a fund to help poor countries damaged by climate disasters, but it will likely take two years to work out where the money will come from, a German climate official said on Wednesday.

A last-ditch effort to force through legislation that would weaken environmental protections and fast-track energy projects has failed.

States are pushing back against a federal government request for them to impose a coal price cap in a bid to drive down power bills.

Sweeping aside divisions within caucus – and cabinet – and the threat of a broader split, never mind the threat of a well-resourced campaign from the mining lobby, Anthony Albanese has ultimately stepped in for the consumer on energy, but limited the fallout to industry.

Australian Security Leaders Climate Group says measures needed to contain climate change will be disruptive, but better than ‘existential threat’ of the alternative

Federal EPA will decide on developments

The federal government will put development decisions that affect Australia’s most important natural assets in the hands of an independent authority.

Federal Labor is to attempt to balance the environment and business as it responds to a two-year-old blunt and scathing review of Australia’s national environmental protection framework, overhauling National Environment Standards and holding onto controversial Regional Forestry Agreements.

WA and the NT want hundreds of millions of dollars in federal funds for renewable energy in remote Indigenous communities.

Despite the flooding, experts warn that country towns are more likely than ever to run out of water during the next drought, but why?

EV charging will trump air-cons to be biggest single load on grid, but there are benefits

ESB paper says EV charging could easily eclipse electricity demand from any other technology – but if managed well could also result in cheaper power for consumers.

Australians are currently confronting a cost of living crisis that includes soaring energy prices. Ministers have been working for weeks on a strategy to contain the prices of coal and gas, driven up by the fallout from the Ukraine war.

Glencore plans to close 12 coal mines in the next 12 years to meet its emissions reductions targets. It can do that without making a dent in its profits.

It’s a trap: mooted gas cap plays into the hands of the cartel, locks in high energy prices

National Cabinet is to consider capping the gas price at $12 when National Cabinet meets Friday. At that high price, the government is gifting super profits to the gas cartel at the expense of Australians

Time for Australia to have a conversation about nuclear energy

If the PM’s speech had started with Whitlam’s plan for uranium enrichment and nuclear power, it could have seamlessly transitioned into comments from Labor’s longest-serving leader, Bob Hawke.

In negotiating coal price compensation, NSW and Queensland have sounded like the energy companies

A new Australian-first climate crisis plan sets out how the sector can use a local lens for mitigation.

We have done the math on the profits multinational fossil fuel corporations will book in calendar year 2022 on export revenues. The cost to Australia is serious.

Federal energy minister Chris Bowen to present new capacity mechanism that will look more like a storage target or NSW energy roadmap than a prop for coal plants.

Scores of dead fish and eels have been found in a creek blanketed in foam, not far from the site of a major rubbish fire that broke out this week.

Bondi of the west: Penrith Lakes to be transformed [$]

Penrith Lakes will be turned into a world class waterway with its own version of Bondi Icebergs under a bold new vision to be unveiled today.

One of the world’s top infrastructure tsars says planners and the prime minister should forget high-speed rail between the eastern capitals and focus on faster trains around Sydney and other sprawling urban areas.

Sydney is getting taller, but is it getting better?

Sydney is now the world’s 41st tallest city, and the number of skyscrapers is growing.

Hundreds of oxygen-starved Murray crayfish plucked from floodwaters have been returned to the river after undergoing an amazing transformation.

Asset Energy says it could have been supplying the national market at $8 a gigajoule by 2024 if Scott Morrison had not killed its permit off the NSW coast.

Climate protester Violet Coco’s 15-month jail term for demonstrating on the Sydney Harbour Bridge has raised alarm amongst environmentalists, human rights organisations and a UN special rapporteur. She is the first person to be sentenced to prison under NSW anti-protest laws introduced in April.

Climate protesters such as Deanna Coco are receiving harsh punishment from lawmakers who are out of touch with real global threats.

Climate protester’s sentence is half that of Grace Tame’s abuser’s. Is this justice? [$]

What we treat as a crime, and how we choose to punish it, says much about us a society. So what are our values?

Should flying between Canberra and Sydney be abolished?

This council has moved to have more healthier, bigger trees within new development and reduce urban heat

Could eco-tourism in this Noosa national park open the floodgates for commercialisation?

Conservationists fear an eco-tourism development between Noosa and Rainbow Beach could have flow-on consequences for other environmentally protected areas.

Conservationists give stick to beef over land clearing rates

The Queensland Conservation Council has denied launching an attack on the state’s beef industry after releasing what it has called evidence of widespread deforestation to expand livestock production.

Among other “fiscal pressures”, the government is under the pump to upgrade and develop vital water infrastructure, Wednesday’s budget update says.

Queensland could earn close to $5 billion from its coal super-profits tax this year – $2 billion more than the latest estimate. But the news comes as a mining giant confirms it will pull the plug on a $2b local mine.

Traditional Owners and Queensland Government officials gather at King Fisher Bay resort on K’gari (Fraser Island) to celebrate 30 years since the island was added to the World heritage List.

Disposable nappies are convenient but come at a huge cost to the environment. Efforts are underway near Adelaide to recycle some of the hundreds of millions that end up in Australian landfill every year.

Maitland residents have been urged to take care as a bushfire threat is reduced on the Yorke Peninsula.

At last. Instead of the costly and inconvenient 25 kV overhead lines, the government must seriously consider battery-driven trains as mentioned here.

The Tasmanian government released a new roadkill app last week in an effort to reduce the incidence of wildlife roadkill on Tasmanian roads, but a volunteer from Tasmania’s largest wildlife rescue service said the focus is in the wrong place

Natasha Fyles says the federal government and states with gas shortages must work with the Northern Territory if new supplies from the Beetaloo Basin are to be unlocked and all carbon emissions offset as promised.

As WA grapples with a power crisis, the opponents of a wind farm are gearing up for a fight

Two major green energy projects are one step closer in Western Australia, but while one project has been welcomed by its local community, the other has not.

Over the past three years, Pilbara Minerals has gone from treading water to becoming a $14 billion company at the forefront of Australia’s battery boom.

Australia’s richest man has dramatically accelerated his push into the local green power sector in the biggest acquisition in the history of the local clean energy industry.

This metal is essential for the transition to renewable energy. Experts say a shortage is looming

Analysts are concerned about the supply of copper, along with the actions being taken around the world to increase stocks.

Derived from pagan and Christian customs, the Christmas tree has become a holiday staple over the centuries. But does this timeless tradition need an eco-makeover?

A new plastics treaty is coming for your bags and bottles

Meanwhile, plastics industry coalitions—which include the world’s largest plastic producers, like Nestlé and Unilever—are calling for a focus on recycling and global targets defined by national priorities.

What would it take to really make the World Cup, and other sports mega-events, a genuine part of a low-carbon world?

Prices aren’t seen to drop under the crucial $US100/kWh level until 2026 – two years later than expected.

Have no doubt: opening a coalmine in Cumbria is a climate crime against humanity

Locals desperate for lower bills, jobs and economic revival have been seduced by this plan, but they – and we – will suffer

Rhino conservation in Nepal creates a burden for communities, infrastructure and other species, study warns

Efforts to conserve rhinos in Nepal have put a burden on communities, infrastructure and other wildlife in Nepal, a new study warns.

Countries bet on forests and soils to reach net-zero

New research shows a continually warming world is leading to extended, late-summer weeks of water stratification in lakes, which prompts oxygen deprivation in the water — provoking conditions called hypoxia (low oxygen) and anoxia (no oxygen) — and negative consequences for fish and other species.

Wildfire-killed trees are some of the most important structures in a forest. So why are they still being logged?

The 30 percent goal: Is bigger always better for biodiversity?

The UN biodiversity conference now meeting in Montreal is considering a proposal to commit to putting 30 percent of land and sea under protection by 2030. Some ecologists warn that focusing too much on the size of protected areas risks missing what most needs saving.

Thousands of delegates have gathered in Montreal, Canada, for a once-in-a-decade chance to address the accelerating pace of species loss and the dangers of ecosystem breakdown.